A bombshell of a book has rolled off the presses of City University. It is not over-writing to describe “A Death in Hong Kong” as shocking, appalling and riveting. Nigel Collett writes about the suicide of 29-year-old bisexual police inspector John MacLennan, who shot himself repeatedly in the chest. The 1980 incident caused a furore in Hong Kong and long-term residents will remember it well.

What most of us didn’t realise at the time was that the targeting of junior ranks by the SIU (Special Investigations Unit) was to detract public attention from homosexual and paedophile practices of men at the highest ranks in our society. Author Nigel accuses these paedophiles of staging parties with nude young boys handing out canapes and available for sexual abuse. Homosexuality, even between consenting adults in private, was a criminal offence at the time and the book names two police Commissioners and two Chief Justices who were homosexuals or paedophiles.

If you are a long-time resident, you won’t want to miss this book. If you are a newcomer, you will be astonished by it. Most of us cannot imagine what a tiny percentage of the most perverted men in our society are capable of. We refer to paedophilia. Decriminalised in 1991, homosexuality is accepted now by liberally minded people — witness the vote by two thirds of Australians in favour of same-sex marriage.

Some snippets from Nigel Colletts’ book:

— Aileen Bridgewater, the renowned broadcaster and charity worker, recorded the comments of Vincent Carratu, a former Metropolitan police officer, appointed by the Government to lead an investigation of the MacLennan Affair: “Blaggard John Griffiths (Attorney-General) — highest legal authority in the land — lied in court. I believe he (MacLennan) committed suicide but what was covered up was why. They tried to make him out as a weak character. He wasn’t weak, he was very strong. Even then with their (SIU) bullying and blackmail and framing, they murdered him by forcing a strong character to commit suicide… They didn’t want the truth (to come out in the Commission of Inquiry). What fools we were to think that they did.”

— Roy Henry, Police Commissioner at the time, is extensively covered in  the book. A homosexual, he became a “respected and well-liked commander”.  “It is greatly to his credit that by the time he left his post, the RHKP had at last earned the right to bear the title ‘Asia’s Finest'”. After retirement, Roy travelled to Malaysia and other countries “and he lived with the boyfriends whom he had never before been able to acknowledge”.

— Sir Denys Roberts, Chief Justice, was a highly regarded, witty local celebrity. Allegations about him in the book are shocking. A comment he made to Aileen Bridgewater about his sexual predilections will astonish many. Page 375.

— Ian Whitely was another journalist who became renowned during the MacLennan Affair. He made a name for himself by climbing into MacLennan’s flat through a bedroom window with TV cameras recording to demonstrate how a murderer or murderers could have entered. The book says TV reporter Whitely “was assaulted in the toilet of a bar by an expatriate he believed to be a police officer, who thrust a revolver into his face and told him to stop broadcasting about the MacLennan case. He was so unnerved by this that not long afterwards he left Hong Kong for good.”

— Ian MacLean, an Australian antiques dealer, was murdered by two young men he took home from Disco Disco for sex. The books alleges this killing was to cover up his activities as a procurer of young boys for high-ranking paedophiles.

— Back home in Scotland on Torgorm Farm the MacLennan family, shattered by what happened to John and assailed by wave after wave of publicity, never recovered. John and Katie MacLennan refused to accept the inquiry’s findings. Brother Ron took the  death very badly. Sister Anne suffered a nervous breakdown. The family’s trauma is one of the most poignant sections at the end of “A Death in Hong Kong”. 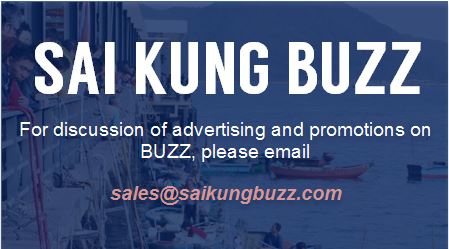